Sisters, who needs them? 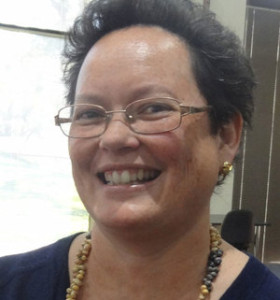 As a child I grew up on Thursday Island, Torres Strait, Queensland with two younger sisters. I did not like my sisters at times and the feeling was often mutual. I would have to share lollies and biscuits with them. If they wanted something that I had, as the older sister I would have to give it to them. Then they would ‘gang’ up on me and leave me out of their games. They would not let me join in and play, so I would read a book, do something by myself or see what Mum was doing. My sisters would misbehave and I would have to ‘dob’ them in to Mum and Dad to get some sense of order, and then I would be painted as the villain.

They would always want more red cordial than necessary and I felt pressured by my parents that as the older sister, I would have to look after them if anything happened to Mum and Dad. Gee, great to hear that, especially when you have not even entered your teenage years yet. We would have fights, over what, I cannot remember now. Hair would be pulled and my favourite – knuckles, would be grabbed and twisted. Not that I think we broke any bones but I am sure it came close at times. We went to school, and the sibling rivalry grew with sharing rooms, and fights over whose side of the room you were on and being forced to share again too. We grew up. We moved down ‘south,’ to the mainland.

Today, I can say that it is very different now. Now, they continually inspire me. Yes, they sometimes annoy me, but I suppose I annoy them too. They show courage and strength in the face of adversity and when it seems the whole world is against them, they swim against the stream. I think to myself, “Oh no,” I am going to have to come in as the older sister and pick up all the pieces, but they are made of stronger stuff and bounce right back – resilient. They are pretty amazing.

They have travelled to some wonderful places, like Cuba, Malaysia and Thailand. These are places that I would not go to, and places that are a long way away. I do not think that I would be able to take myself out of my comfort zone to travel to these far-away places. They have lived and worked overseas, even studying at Harvard University. Amazing!

They do not live in Canberra anymore, but we speak on the phone and see one another too during the year. Our parents and brother are proud. I am proud too. There is not much hair pulling and knuckle cracking these days. So in response to the title Sisters, who needs them? I suppose I do, cause they are as much there for me, as I am for them. Keep on achieving and being deadly*, my sisters.

I hate you
I love you
Yet in the end
Sisters, we are family

Samantha Faulkner is a Torres Strait Islander and Aboriginal woman from the Wuthuthi and Yadhaigana peoples, Cape York Peninsula and Badu and Moa Islands, Torres Strait.
She is the author of Life Blong Ali Drummond: A Life in the Torres Strait a book about her grandfather’s life.
She has poetry and prose published in By Close of Business, Etchings Indigenous: Treaty, and Ora Nui: A Collection of Maori and Aboriginal Literature.
Canberrans can meet her at the “Noted” festival on this weekend. Check out Where the Deadly Words Are: Us Mob here: http://www.notedfestival.com/noted2015/2015/3/22/where-the-wild-words-are-us-mob